Crash games and freak shows are in the spotlight as Kevin Dale of Egamingmonitor discusses this month’s casino charts. 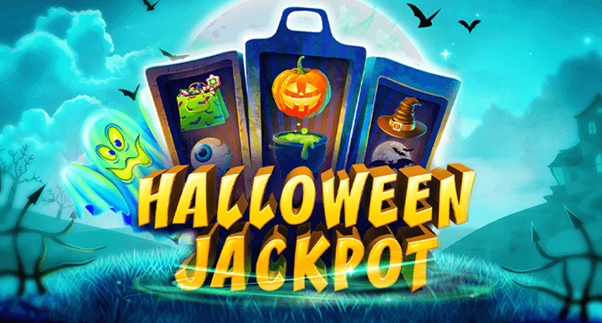 All eyes are on the Halloween bestsellers this month, not least as our main slots chart was pretty static. Just before we check out the horror show, however, it’s worth giving a nod to a couple of movers and shakers, that aren’t slot games.

If our chart were to include all game types, the two live games, Lightning Roulette and Crazy Time from Evolution Gaming would have featured in a Top20 this last year. This shows that innovation does (eventually) pay off in that homogenous and crowded space, that is casino games.

Crash games first launched only a year or so ago, have also made headway. Aviator by Spribe is arguably the daddy of them all but competition from the newer Spaceman by Pragmatic Play has benefited both, or the category itself. Neither game would quite make an All Games Top 20, but they only just sit outside. Crash games have clearly taken off and seem to appeal to a unique and growing segment when defined by player motivations.

In total, 30 crash games have been launched by 21 studios. Astroboomers from Funfair Technologies and Gaming Corps’ Skyliner perform well, whilst the latest rocket on the dock, Aviatrix, is worth a mention. Not content with a me-too crash game, it is innovating on the innovation, adding some novel personalisation, gamification, and operator-branded components to the mechanic.

Anyway, back to the annual freakshow. Here is our Halloween Top 20, based on game distribution across 2,000 operator sites. To ensure variety, we have limited the list to just the top-performing title per studio.

Immortal Romance (Microgaming) retains Vlad’s crown whilst Bloodsuckers (NetEnt) is a close number 2. This might seem a little unfair to some, as these titles also perform well in a non-spooky month. In fact, both are in our main slots top 20 chart, which sort of suggests that scary titles can achieve more longevity if they’re not specifically linked to a single event such as Halloween, or the Mexican Day of The Dead. Pumpkins perish but vampires are eternal, perhaps?

“We have delivered too few slot games during the period”, the head of Evolution commented a few days back. Whilst it is true that NetEnt is not the most prolific, the revitalised performances of their old titles have been impressive this year. Nolimit City didn’t launch anything specific, though most of their titles are sinister enough to hit the seasonal spot regardless. It was left to sister company Red Tiger to treat us this year.

As per last year, our second chart for Halloween just focuses on the Top10 new titles and it’s good to see some fresh names performing well, such as AvatarUX and Hacksaw Gaming. During this last year, both of these studios have been making great progress in expanding the reach of their entire portfolio, so it’s only fitting that their Halloween titles hit the charts.

Red Tiger’s Tricks And Treats was a strong performer but no surprise that Play’n GO, masters of the seasonal title, take the new game top spot with their Count Jokula. Yggdrasil launched three new spooky titles this year, the best of which was Florageddon. We were surprised not to see Halloween Megaways, but Halloween Bonanza was offered by Bgaming and a Halloween Jackpot by Belatra Games.

On the deals front, top positions for busiest studio and aggregator dealmakers are eerily unchanged. Challenger Slotmill though is staking its future on distribution, signing up yet more aggregators, such as Hub88 and PariPlay.

Meanwhile, Relax Gaming is adding around a studio a month to their aptly named Silver Bullet programme. Boo!

**The interactive games chart at the top excludes live games and table games. Game rankings are determined by the number of game appearances on the casino homepages of more than 2,000 casino sites. To access many other charts including game rankings, live and table games, positions on subpages or to filter game performance by game theme, game feature or by operator type, get in touch with our partner, egamingmonitor.com. Egamingmonitor covers 41,000 games, 1,300 suppliers and 2,100+ operators.

***Data on deals by month was collected from April 2020 onwards and the rolling chart reflects current dealmaking performance, i.e. how many deals were signed over the last 6 months. Note that only deals either a) on company websites or b) in the gaming press or c) reported to us by studios and aggregators, are collated. Deals between studios & aggregators (and aggregators & operators) from all time are available via egamingmonitor.com.